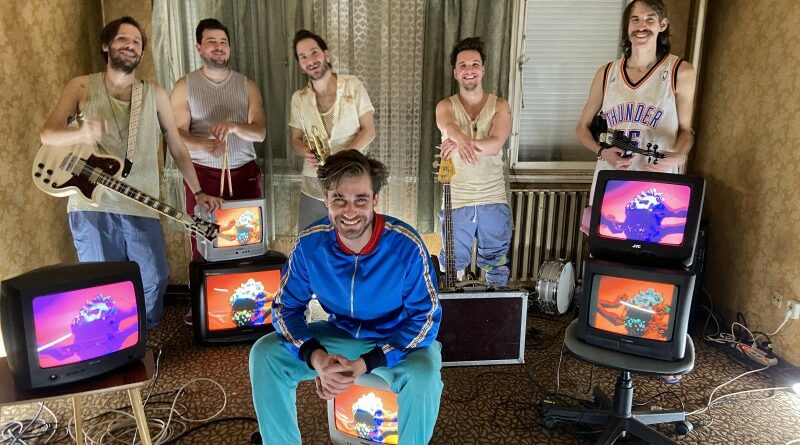 Bohemian Betyars, one of the most impressive music bands in Hungary, has come up with a pioneering experimental project: for the first time in Hungary, they are luring their fans into the world of cryptocurrency through a charity program.

After four long years, from today the “speed-folk freak-punk” band is back with some crazy songs. The new album, titled ‘Gubancos’, with 8 songs and two bonus tracks, has undoubtedly revolutionized the music industry.

The Bohemians boys from the mid-size city of Miskolc are the first in Hungary to use cryptocurrency to create a special connection with their fans. From 31st October, we will have the opportunity to buy a line of lyrics from the album, which will be launched on a blockchain network as non-fungible token (NFT). The idea, which allows us to get inside the band’s inner circle, is based on a charity campaign. The donation will be given to young, talent music bands in Miskolc.

One thing is for sure: the band has once again put in a lot of effort, as they have been working on the album for years, which they completed in a small remote village in Zala county, far away from the noise of the world. The guys seem to have entered into the world of cryptocurrencies quite seriously, because they even paid for the recording studio costs with the most popular blockchain game of 2021.

NFT – a cure for a rough period?

The band has owned a huge fan base for years, which is no wonder, as they have an incredible bond with each other and their fans. The lyrics of the album are a bit melancholic, reflecting the difficult times they’ve been through:

“If I want to express it lightly, I’ve been going through a difficult period, if I want to be honest, I’ve been writing and closing a rather lost and depressive period in myself and in these lyrics”, said Levente Szűcs, the band’s frontman, and Máté Palágyi “Kakas” added the following:

“Besides Levi’s introverted self-tangle, for me the fragility of the outside world, the increasingly overwhelming narcissism of our environment, came into focus. Since “A Csavargó” [The Hobo], I’ve had a lot of disappointment in world events – I wanted to convey that experience in the songs, and it’s unraveled some knots in me. It will be nice to shout them out in concert, I hope it will trigger something in the listeners!”

Everyone needs to let off some steam and shout the pain out at the band’s album launch concert on 31st October after a horrible year and half. The concert will also be streamed by the boys from Borsod county in the virtual reality Decentraland – but until then, let’s listen to these songs: