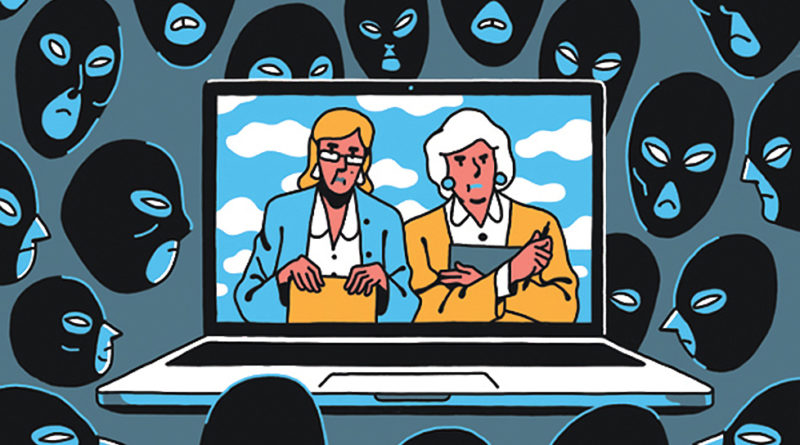 We have managed to get ahold of the most recent letter of Firstcoin’s new leader (courtesy of one of our Readers) in which he tells the story of how the Firstcoin’s original owners managed to carry out the scam. We don’t know why he decided to write his tell-all story but the facts are there: the letter is full of names, Hungarian names that got away with tricking people out of millions of dollars.

We decided to share the whole letter about these scammers with the public so that it can provide another example why people need to be very careful when investing in dubious cryptocurrencies.

And if you’re one of the people who were scammed and you’re wondering what to do now? We can only emphasise what they tell everyone in the newsletter: go to the authorities. The Bitcoin Bázis team is also happy to assist anyone if you have any questions, since unfortunately the main perpetrators are originating from Hungary.

So without further ado, let’s read the letter.

It is with a heavy heart and strong regret that I come back to you with a message I did not want to send.

After the best of intentions and hundreds of hours of work and effort to try to build something that would have a chance of paying back the money we all lost in the First Coin project, I have reached a very sombre conclusion.

That, despite their promises, the former owners have no interest in assisting me to make that happen.

This leaves me no choice but to gave up and inform members how we been a subject of scam.

However, in the course of my journey of trying to make sense of the events of the last several months, I have come to learn a lot more about what actually happened.

I also feel it is my duty to share this with you so you can also see what appears to be the truth behind the lies and the greed.

According to the data until 13 Feb 2018 the original founders Mr Gyorgy P.-N., Gabor K. and Bella K. made over $245m in sales of Firstcoin. This figure is derived from the following reports generated by the FirstCoin Club:

Out of the $245m, approximately $146 million was paid back in commissions and mining rewards and overheads. Therefore the net profit made appears to be in the region of 98 million dollars.

More worryingly, it appears we have been scammed by the owners using what can only be described as ‘an invisible hand’ to continually change the satoshi-FRST This is something that is only available on a few exchanges such as LiveCoin and Yobit. They illegally manipulated the price, perpetuated a blatant Blockchain Fraud using the Firstcoin Club. Gabor K. and his IT partner Daniel K. together with Heisenberg used an ‘invisible hand’ on the public exchanges to trick you into thinking the price and value were higher than it really was.

If you recall, from December 2017 to Feb 2018 all withdrawals from the first coin club were blocked by the owners. The reason given for this was that they were implementing KYC and 2FA as part of industry compliance. While it is true that this technical upgrade was being done, it appears that during this time, the owners were illegally bypassing the blockchain and reselling the same coins that members believed they were holding. To explain this more, when a member bought coins from the exchange that money was taken by the owners who then transferred the coins in a legitimate transaction. However, when the members then transferred their coins from the exchange and into the club wallets to purchase a package, the coins did not actually go into a secure ‘member wallet’ but instead went back to the owners to resell. The club software then created an entry that showed in your back-office as if the coins were there but this was simply a ledger and not reflective of the actual coins that were then sold to other members. In essence, we were left with ‘fake-coins’ that did not exist. This is another reason why the ‘circulating supply’ never changed from October and one of the reasons it appears that the coin removed from CoinMarketCap and later delisted from the LiveCoin exchange.

I had many meeting with Mr Gyorgy P.-N. to solve the issue, at the beginning, he was cooperative with me but always he changed his mind after talking to his partners. It has been revealed that at the time FirstCoin was delisted from the LiveCoin, the exchange was holding approximately $28m in sales revenue. Livecoin themselves have since confirmed that $14m has been realised to the solicitors representing a group of members. Mr Gyorgy P.-N. believed that the LDM management (present JAAG management) Mr Josip Bosnic CEO, Mr. Ghefari Dulapandan CIO, Mr. Andras Sz. CTO, Mr. Adrian Maximilian Necsoiu CMO walked away with S14m. Mr N. said he cannot make any firm claims however, some people have clearly become rich overnight.

Mr N. mentioned many time that a gentleman name Zoltan T. is helping Gabor to make his entire move. I don’t know the truth who he was working for but I meet Mr N. via Mr T. when I took over the firstcoin projects.

Uphill Battle I No Longer Think We Can Win

When I took over Firstcoin, I was 1000% sincere in my intention to use it as a platform to bring back value to us, the members. They promised me full funding and handover the paulownia plantation contract. They gave me 15BTC and part gift coin at the beginning to start building the club and the project. I spent all the fund to create the new platform and the club, I have invested a lot of my own time effort and resources over the last few months and one of the reasons I took this on with that belief, was that the owners promised me funding for the new project. At that time I also believed they had an interest in helping the members recover their loss. Fast forward a few short months later and not only have they never fulfilled their promises, but with the information I have now uncovered, it appears they were simply interested in looking for a new ‘front-person’ with which to divert the attention from themselves and use as a scapegoat. This would allow them to walk away with the $98 million they initially made.

I am aware there are several pending lawsuits against the former owners (both civil and criminal) and many people have expressed a strong desire to locate them and the former LDM.

If you wish to report the crime to INTERPOL you can visit to your own country National Central Bureau (NCB) office and report it.

For further information, see the profile page for the relevant member country.

If you wish you can send your crime report to Hungary and Dubai Interpol team for further investigation, it’s a free service, you don’t have to pay for reporting the crime.

In 2017, Firstcoin definitely seemed like an exciting option and a project to get involved in (on the waves of hype). The Firstcoin team claimed it was inspired by the success of Bitcoin but they wanted to go even further: they promised shorter transaction times by using the scrypt algorithm like many other altcoins.

The concept of Eco-Sharing was also something that made people interested: Eco-Sharing connects startups and crypto businesses by enabling public financing. Another exciting feature was the possibility of withdrawing cash from ATMs using only Firstcoin. At that time, Firstcoin wanted to partner with a crypto startup to work out a cyrpto focused ATM system for that purpose.

And all of this definitely lured people into investing into Firstcoin – but now onto the red flags.

The biggest problem we had with Firstcoin back then was the MLM pyramid schemes we suspected they were playing. Each and every person who started to popularize Firstcoin was rewarded by altcoins – the typical MLM strategy. This can make an altcoin popular very quickly – but unfortunately these games only pay off for the people at the very top of the pyramid.

And that’s what happened just now with Firstcoin.